Göbeklitepe is located on the edge of the Fertile Crescent, 12 km northeast of Şanlıurfa in the Tek Mountains.

While Göbeklitepe preserves its mystery as one of the most important discoveries in the history of archaeology, Our impressions of the emergence of human settlement and civilisation are perpetually changing. There is no doubt that all kinds of data and scientific conclusions to be made concerning prehistoric life are of great importance for the history of humanity.

As Doğuş Group, with the vision of transforming Göbeklitepe into a global icon, we initiated a 20 year long cooperative effort with the Republic of Turkey Ministry of Culture and Tourism; supporting the efforts in communication, excavation, and preservation.

The fact that this effort will be encompassing 20 years, shows our long-term commitment to Göbeklitepe.

In order to preserve our past, build today and invest in the future…

From the zero point in time, with endless respect for the future!

When did architecture begin?

Who built the first structure and where?

Where was the world’s first ritual centre built?

Who came up with storytelling?

Or let’s put it this way:

Who was the first to sculpt a stone so as to carve a figure on it?

When did humans first live together?

When did they decide to come together to build in stone?

Who were those who came together in their beliefs;

And who knows what their motivation was?

As a sign of the respect we have for Turkey’s cultural heritage;

We persevered in our efforts to transform Göbeklitepe, one of history’s

Greatest archeological discoveries, into a cultural icon and a world brand

With the awareness of our duty as Doğuş Group.

Approximately 7.000 years before the Pyramids and Stonehenge.

Centuries before writing and the wheel,

We are honoured to share with you the great secret of Göbeklitepe.

A ritual centre from 12 thousand years ago, an archeological treasure yet to be fully discovered…

Approximately 12.000 years before today, in the area between the Tigris and Euphrates rivers, the history of humankind was gradually changing its course. For the first time in History a transition was occurring which would take us from hunter-gatherer to agricultural (food-producing) economies. Dicoveries at Göbeklitepe have shown that during this transformation process, people were already living in complex social systems. This conclusion is demonstrated especially well by the monumental buildings, many of which are adorned with the images of animals, perhaps a reflection of the belief systems in this period which transform Göbeklitepe into one of the most important discoveries in the history of archeology. Defined as the meeting point of late hunter-gatherers, Göbeklitepe is of crucial importance for the formation of scientific hypotheses relating to different aspects of Prehistoric life. The monumental Göbeklitepe architecture and its symbolism are key to unravelling the secrets of a community that for its period attained previously unexpected levels of complexity. As science inspires, Göbeklitepe is a source of pride for the people of this unique region.

In Mesopotamia, the birthplace of civilisation, in the region known as ‘’The Fertile Crescent’’…

Göbeklitepe is located in upper Mesopotamia in a hilly region between the Tigris and Euphrates rivers. It is approximately 22 kilometers east of the city of Şanlıurfa, atop a limestone plateau belonging to the Germuş mountains. Göbeklitepe faces the Taurus and Karacadağ mountain slopes to its North and East, Şanlıurfa and the Euphrates plateau to its West and the Harran plateau as far as the Syrian border to its South. Its location allows Göbeklitepe to dominate a very wide area and to be visible from the lower-lying plains. The analysis of the limestone used in the construction of Göbeklitepe revealed that it is a durable stone. Even today this type of limestone is considered to be of the highest quality in the region. We can see that the need to access a high quality quarry where the stones could be extracted in order to build the monumental structures played an important role in the selection of the location.

A work of great organization and imagination…

The question as to who built Göbeklitepe derives from the fact that so far no apparent traces of a contemporary settlement have been found. Taking into consideration the size of the labour-force that would have been required to build the structures at Göbeklitepe, The hypothesis that several groups living in settlements that were spread over an approximately 200 km area joined forces to build the site seems probable. The groups must have met at specific times of the year organizing themselves towards a common goal and through a division of labour. Although it has been claimed that no trace of contemporary domestic structures have been encountered in Göbeklitepe, this theory has not been confirmed yet, since the excavations have thus far been fairly limited. The results from the geomagnetic surveys indicate that in addition to the monumental structures that have been excavated so far, several large structures below the surface remain to be excavated.

The locations of prehistoric settlements were usually chosen according to access to reliable water sources. On the other hand, Göbeklitepe was built on a high plateau with no apparent proximity to water. This location, visible from afar, must have been a local landmark providing a central meeting place for huntergatherer groups living in its catchment. It is postulated that this area must have been a hub for the exchange of goods and knowledge.

The communal efforts involved in the construction and the internment of megalithic structures supports this hypothesis. The remains of possibly ritually motivated feasting events, found in the backfills of the monumental structures, point towards the existence of activites that promoted a common social identity. These ceremonies, might have created the backdrop for different groups to come together and form the large workforce that would have been necessary for the construction of the monumental structures. As is also suggested by recent ethnographic studies of some contemporary hunter-gatherer communities, such events might have drawn more people than would have been necessary for the construction.

An unprecedented architectural accomplishment allowing a glimpse into the prehistoric mind…

It has been detected that the 8 monumental structures excavated at Göbeklitepe were modified with reconfigurations throughout the period that they were utilized. Overall the structures have a round-oval shaped plan. There is no doubt that the t-shaped pillars inside of the structures give these structures their monumental quality. These enormous monuments, which range in size between 1,5 meters and 5.5 meters, are formed through the carving of single limestone blocks.

Despite their large sizes, the t-shaped pillars are the most striking witnesses of prehistoric art and artisanship and are consıdered to be stylized anthropomorphic statues.

The t-shaped one-piece pillars are placed at specific intervals within the walls of the monumental structures. Also in the centre of each building, there are two pillars that are taller than the others. The central pıllars have been placed in pedestals carved out of natural bedrock. In addition to the pillars, some sculptures of animals were placed in the walls. The walls were constructed out of unhewn and sculpted limestone, reused broken architectural elements and pieces of ground stones. The twin pillars that are located in the centre of some of the structures were seated inside the pedestals formed through the trimming of the surfaces of limestone.

The cut and removal of these enormous pillars from quarries, the transfer to the sites and theır trouble-free placement, testify to the advanced architectural knowledge in the prehistoric period. It has been suggested that additional support must have been required in order to avoid the toppling of the central pillars. Thıs could suggest that the top of the structures must have been covered with roofs. It is thought that the cupmarks on the top of the pillars might have been associated with the structure of the roof.

As Doğuş Group, we want to enhance peoples’ lives. With the corporate social responsibility projects we carry out in various fields we give back to the public. Supporting the formation of a contemporary lifestyle, we are together advancing towards a more modern future.

With this goal, we are honoured to have undertaken the main sponsorship of the approximately 12.000-year-old world heritage site Göbeklitepe for the next 20 years.

Within the project that we have globally launched in the 2016 World Economıc forum held in Davos, we financially support the excavation and research work and we lend support to the national and global communication efforts directed towards the transformation of Göbeklitepe into a global icon. We are pleased to have brought to the Region a visitor centre at global standards.

The expression “Inherently a better future for history” came about with the goal of realizing these aims. It found a place of its own not only as a phrase to stand next to our logo, but also in the heart of our project.

With endless respect for the future, from the zero point in time…

Treasures from Göbeklitepe at the Şanlıurfa Museum

Treasures from Göbeklitepe at the Şanlıurfa Museum

Turkey’s biggest museum with 34 thousand squaremeters of indoor-space host many unique artefacts from Göbeklitepe. Şanlıurfa Archeology Museum is one of the leading museums with a focus on the history of the region. It’s part of the Haleplibahçe Museum complex comprised of the Archeopark and Edessa Mosaic Museum hosting hundreds of mound and ancient cities.

Şanlıurfa Museum is also home of the life-size ‘Urfa Man’ statue which is the first of its kind and is thought to be the same age as Göbeklitepe.

A centre which has been the witness of the birth and progress of civilisation through science, law, religion, art and literature from the past to the present…

An ancient city which hosted religions from primitive to polytheist and monotheistic and civilisations connected to these religions for thousands of years… In the lands where wheat was first domesticated, where the first university was founded, many states and principalities established over it, on the the silk road, 22 km southwest of Göbeklitepe, in Turkey’s southeastern Anatolia region, in the lands of Mesopotamia where the history of humanity began, one of the oldest settlements in the world, Şanlıurfa…

A city of tolerance with its known history from the present to 12.000 years before where religions, languages, races, cultures and civilisations meet. With its lively commerce, cosmopolitan society, colorful art and artisans, conveying important values to share with humanity today as it has in the past. 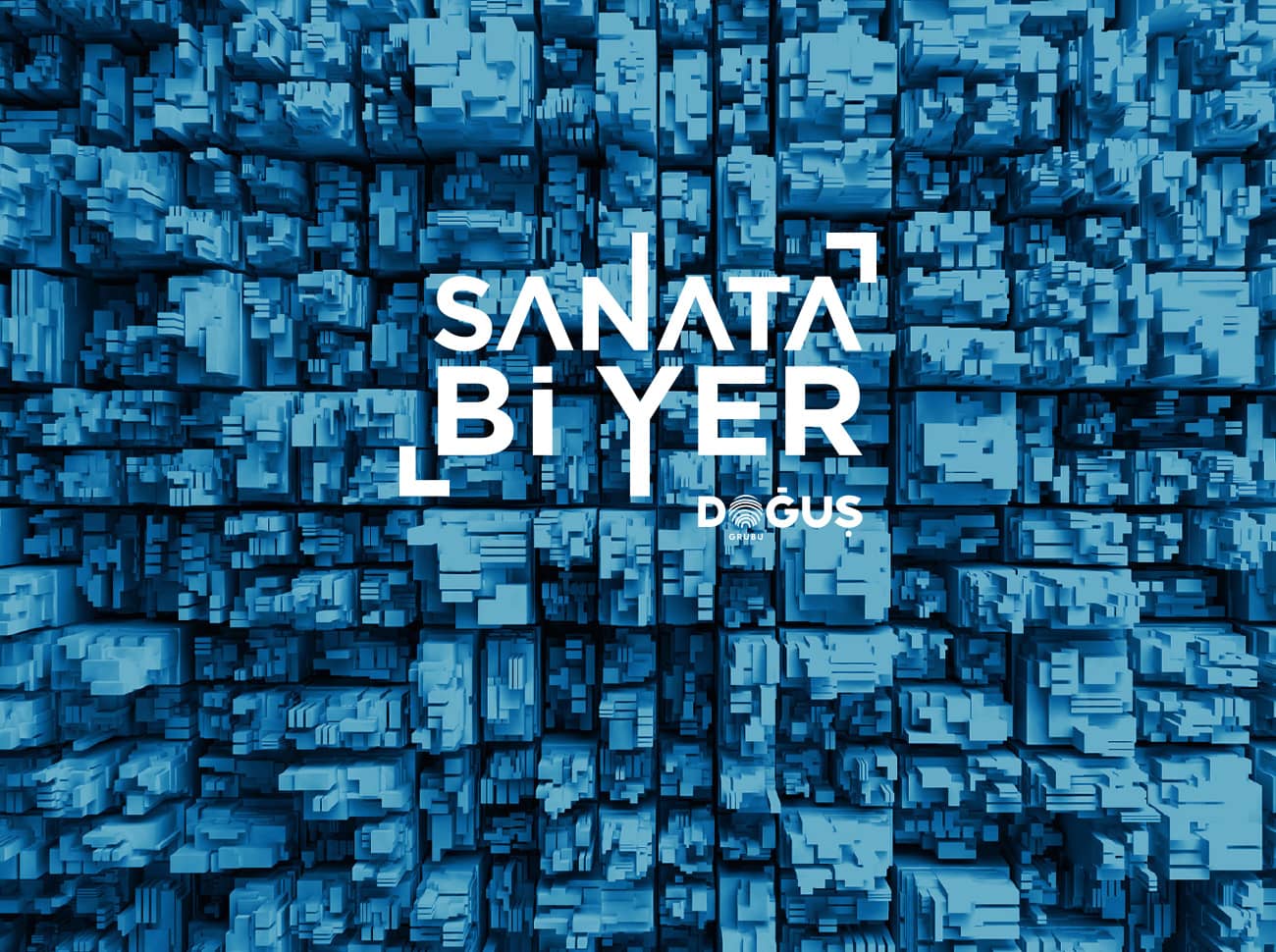 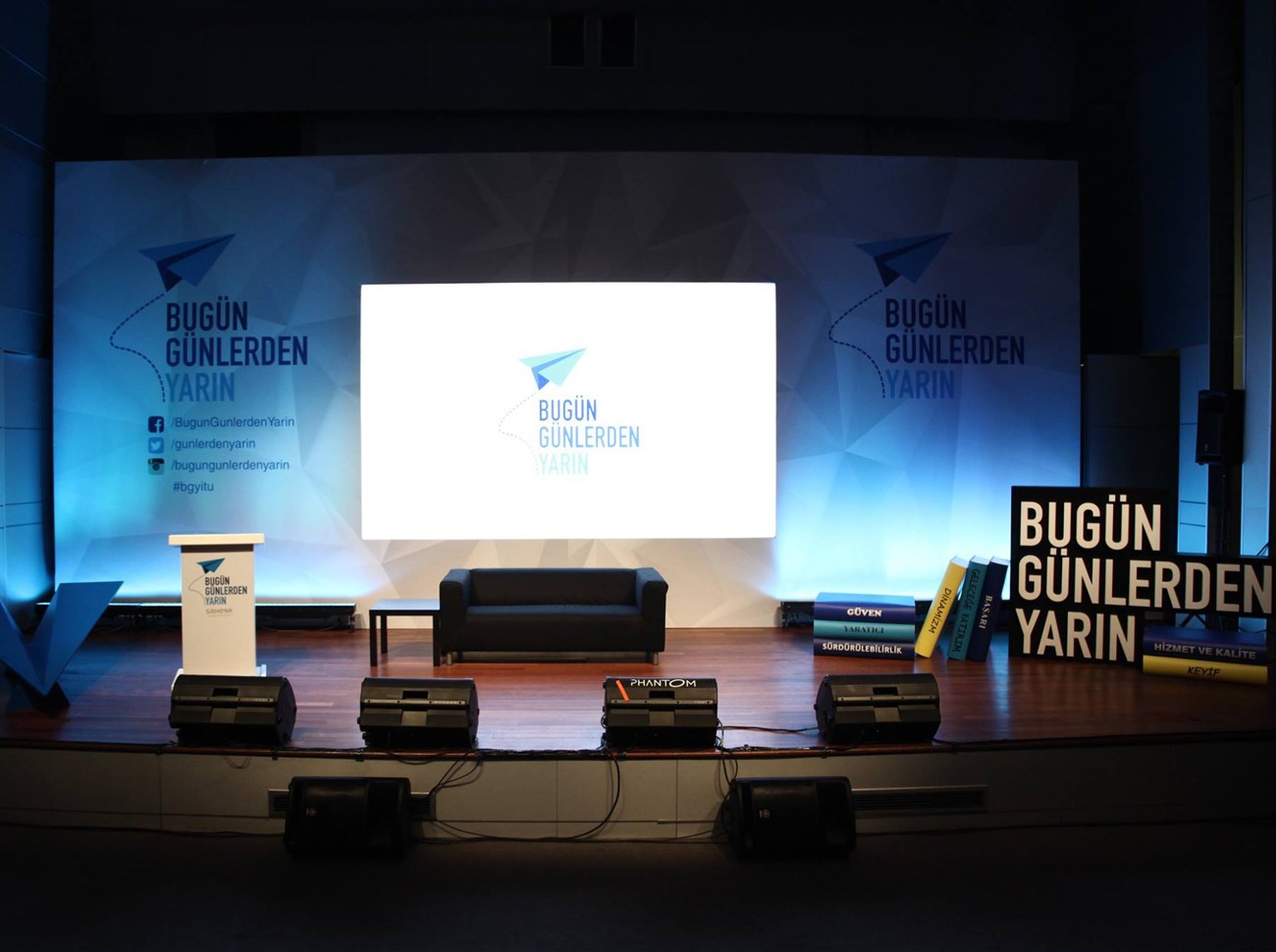 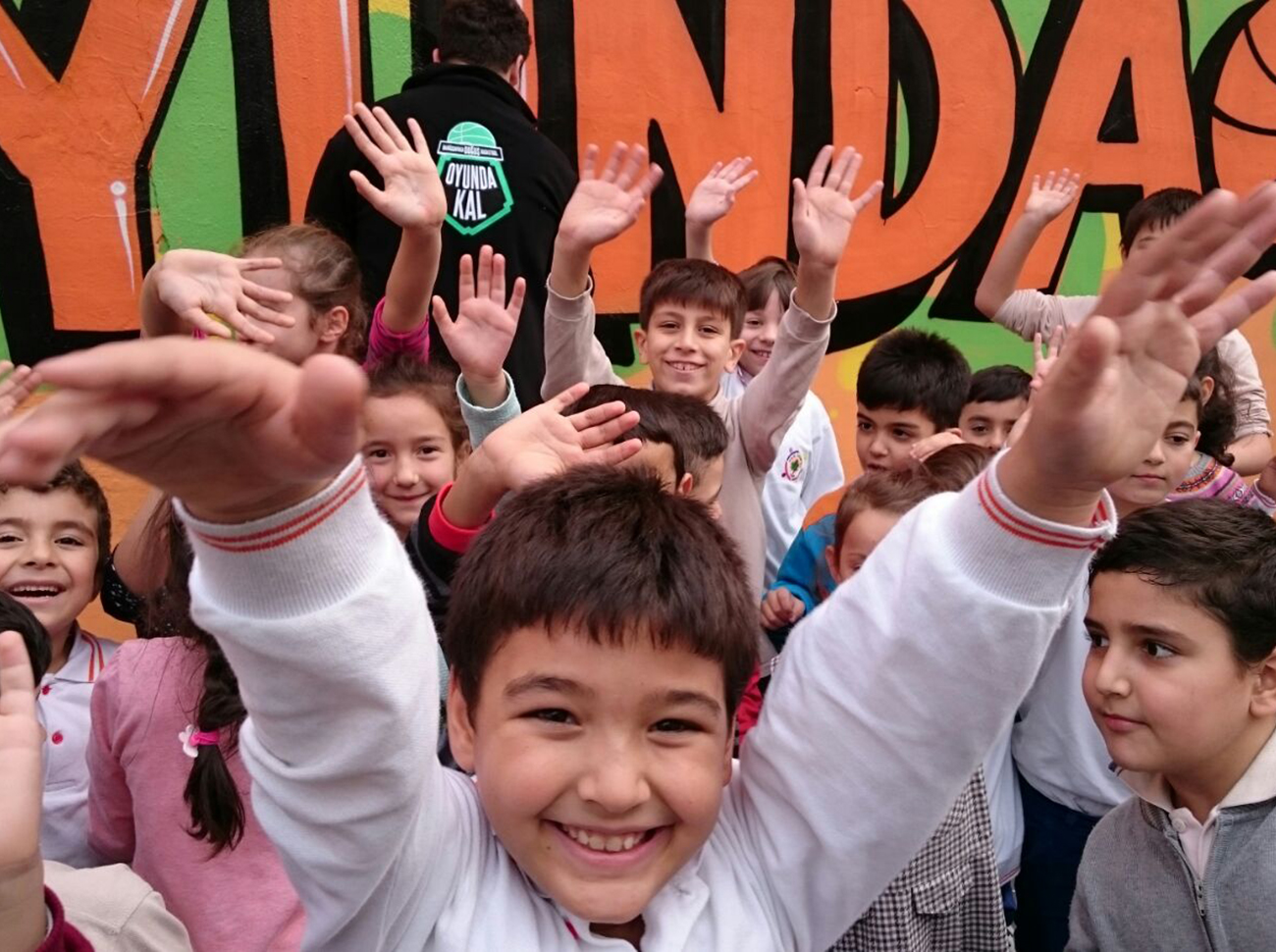 STAY IN THE GAME 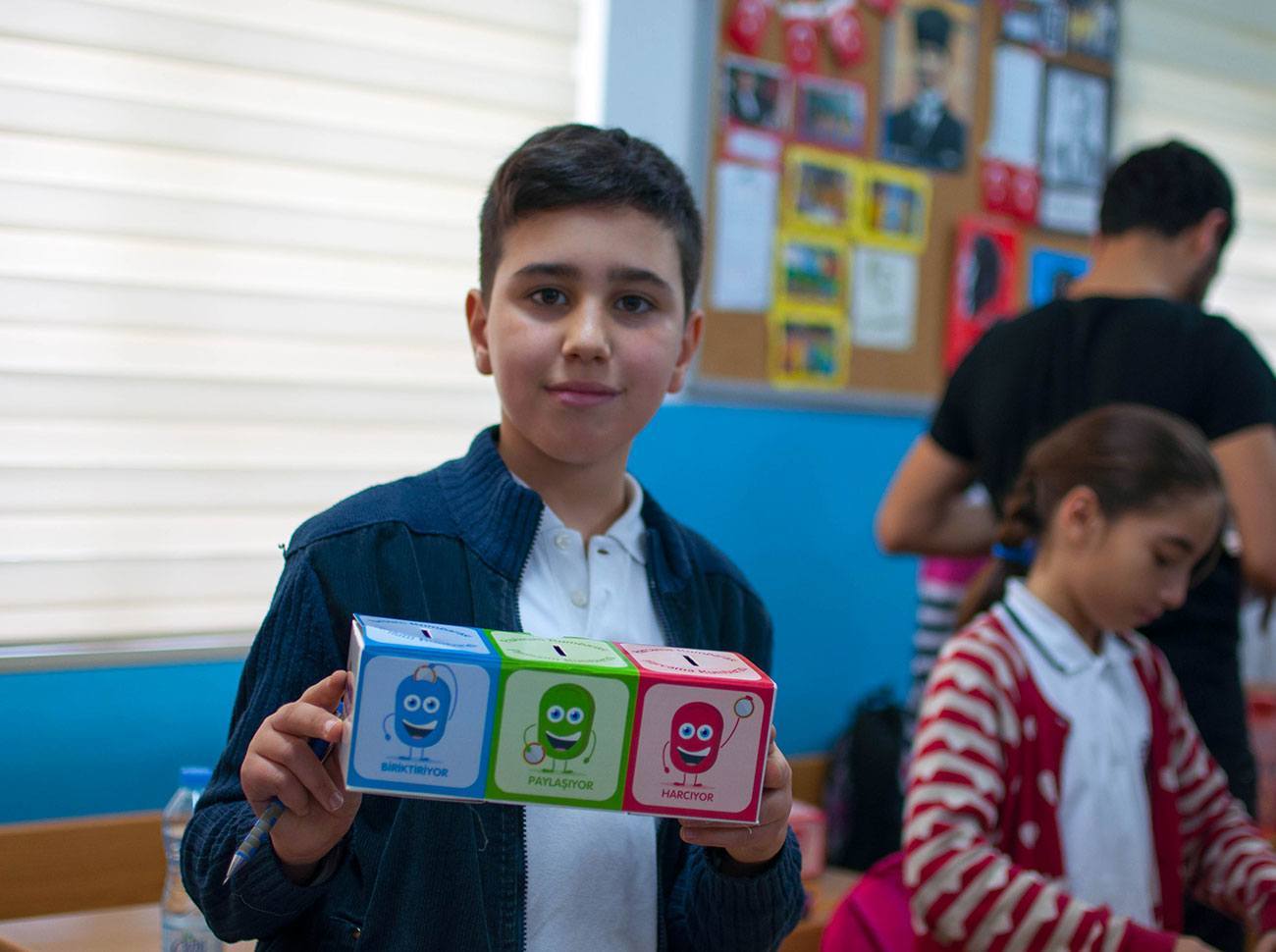